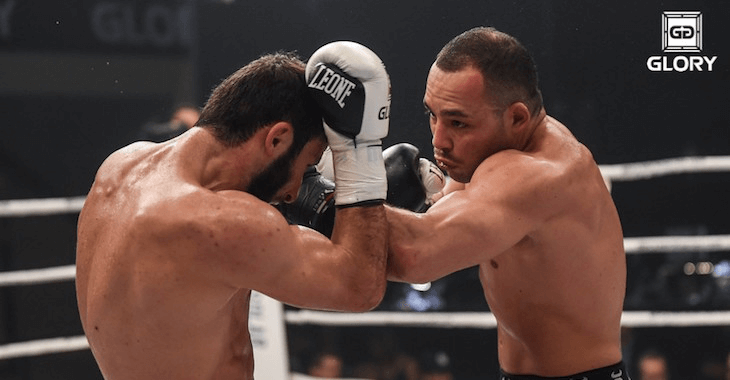 GLORY announced a major lightweight championship bout for their GLORY 25 event in Milan. Robin “Pokerface” van Roosmalen will be duking it out with GLORY 22 tournament winner Sitthichai Sitsongpeenong.

The Dutch title holder is riding a three-fight win streak under the GLORY banner, most recently defeating rival Andy Ristie at GLORY 20 Dubai in April.

“I’m going to pressure [Sitthichai]. He doesn’t like being put under pressure and pushed backwards,” said van Roosmalen. “It will be a great fight and I look forward to keeping hold of this belt for a long time.”

The challenger from Thailand stormed onto the scene in his promotional debut at GLORY 22 Lille in June, knocking out former lightweight champion Davit Kiria and notching a dominant unanimous decision victory over young contender Josh Jauncey in the same night to earn his No. 1 ranking and title shot.

“It is very difficult for an orthodox stance fighter to withstand the the damage from my powerful left kicks,” said Sitthichai. “[Van Roosmalen] is tough and has good heart; he will be harder to hurt than my past opponents. He is also dangerous, a heavy puncher.”