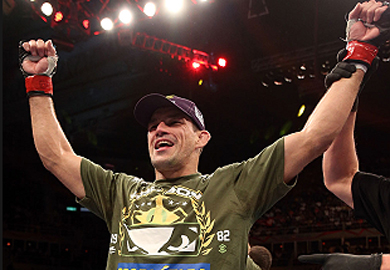 Demian Maia is coming off a win over Alexander Yakovlev back in May which snapped his two fight losing streak which included a potential title eliminator against Rory MacDonald.

His opponent, Mike Pyle, hasn’t fought since February when he defeated T.J. Waldburger. Prior to that Pyle had his four fight win streak snapped by Matt Brown. The MMA veteran is looking to extend his win streak to two with a win over Maia.

Leites is riding a six fight win streak into his bout against Carmont, and looks to crack the UFC’s top 10 with a win over Francis Carmont.

Carmont on the other hand is riding a two fight losing streak into his bout with Leites. His losses come at the hands of Ronaldo ‘Jacare’ Souza, and most recently, C.B. Dollaway. Prior to that Carmont was on an 11 fight win streak, with 6 of those wins being under the UFC banner.