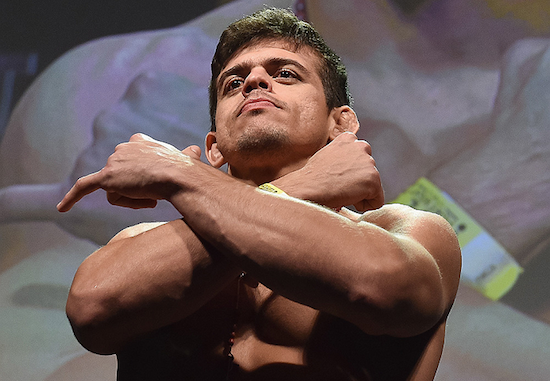 Yesterday in the prelims of UFC Fight Night 56, Caio Magalhaes, the brother of former UFC fighter Vinny Magalhaes, picked up a quick, and devastating KO win over Trevor Smith.

After the bout many people began saying that Magalhaes landed several illegal blows to Smith’s head as he attempted to finish the fight, something Magalhaes didn’t notice.

He spoke to MMAFighting about the accusations.

“I didn’t notice that. His coach talked to me after the fight, said I punched the back of his head, but I didn’t notice it. The referee should have stepped in if he saw something, but he was already out from the punch and knee I landed.”

“I wasn’t expecting to win that fast, but I wanted to go in there and finish him. I wanted to finish him before the third round because he tends to grow during the bout and has a good wrestling, so I wanted to make no mistakes.”

Do you think the blows landed in the back of the head?