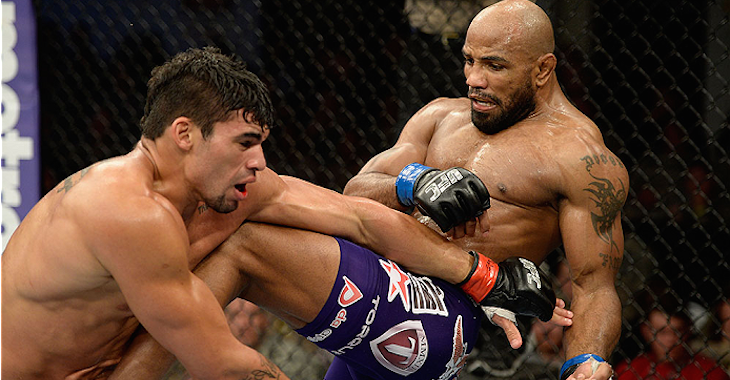 “Yoel said that he doesn’t have a problem if he has to stand up and strike with Machida. He says that his team has been training everything. They’ve been training Jiu Jitsu, Karate, Muay Thai, and standing up, boxing, and striking. He says if he’s in the clinch with Machida then he’ll use his Muay Thai, if he’s on the ground he’ll use his wrestling and Jiu Jitsu, and if he stays standing then he’ll use his boxing and his striking techniques that he’s been practicing with his team, and that he’s not really worried about standing with Machida. He says that he’s very confident in his stand up game and that wherever the fight goes is where he’s willing to take it. He doesn’t really have a specific option that he’s looking to do.”

UFC fighter Yoel Romero told Submission Radio that he isn’t concerned with his upcoming opponent, Lyoto Machida’s striking. Do you think he should be?