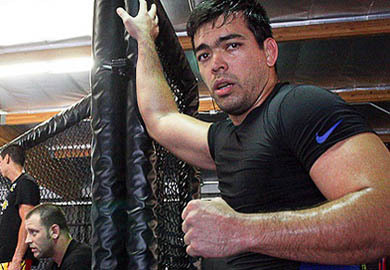 After the UFC 151 fallout, UFC president Dana White announced that Lyoto Machida would replace Dan Henderson against Jones and the two light-heavyweight fighters would headline the upcoming UFC 152 fight card. Once Machida had time to process the title shot offer with his advisors he turned it down.

His manager Ed Soares explains the reasoning behind such a decision:

Lyoto Machida is eager to get back to training, and have another shot at the UFC light heavyweight belt. However, with the proposed fight against Champion Jon Jones only 4 weeks away, Lyoto manifests that the deadline is unfeasible in order to have a training camp that is complete and worthy of his work.

Lyoto believes the bout could take place in Brasil at UFC 153, which will be held in Rio de Janeiro on October 13th, allowing him 6 weeks to prepare. “I want to serve the UFC and recapture the belt. I always respect my opponent. For those reasons, I must prepare myself in the manner I believe in.”