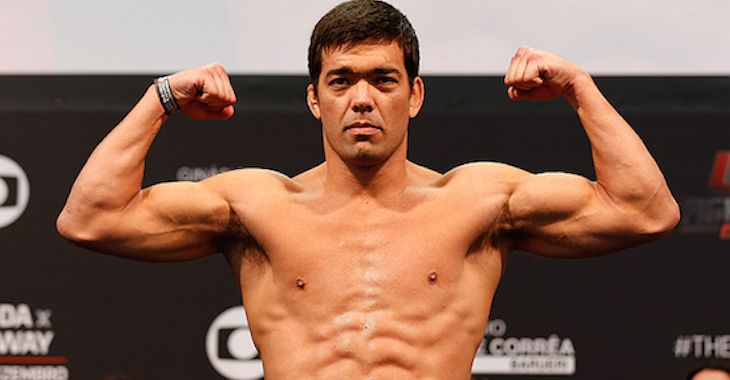 UFC Fight Night 70 was originally slated to go down in Brazil, but will now take place June 27 inside the Seminole Hard Rock Hotel and Casino in Hollywood, Florida.

Additionally, The Ultimate Fighter 21 Finale, which was expected to take place in Southern Florida, will instead go down July 12 in Las Vegas to finish up International Fight Week.

Lyoto Machida (22-6 MMA) was most recently seen in action at last month’s UFC on FOX 15 event, where he suffered a submission loss to former Strikeforce middleweight champion Luke Rockhold. Prior to the setback, “The Dragon” was coming off a first-round TKO victory over C.B. Dollaway. The former UFC light heavyweight champion has gone 3-2 since making the drop to 185-pounds in October of 2013.

Meanwhile, Yoel Romero (9-1 MMA) will fight for the first time since his TKO victory over Tim Kennedy at September’s UFC 178 event. The “Soldier of God” was expected to face “Jacare” Souza at last month’s UFC on FOX 15 event in Newark, but was forced to pull out of the fight after suffering a knee injury in training. Romero has gone a perfect 5-0 while fighting under the UFC banner.

UFC Fight Night 70 takes place June 27 live from the Seminole Hard Rock Hotel and Casino in Hollywood, Florida. The event is expected to air on FOX Sports 1 following the prelims which will likely show on UFC Fight Pass.