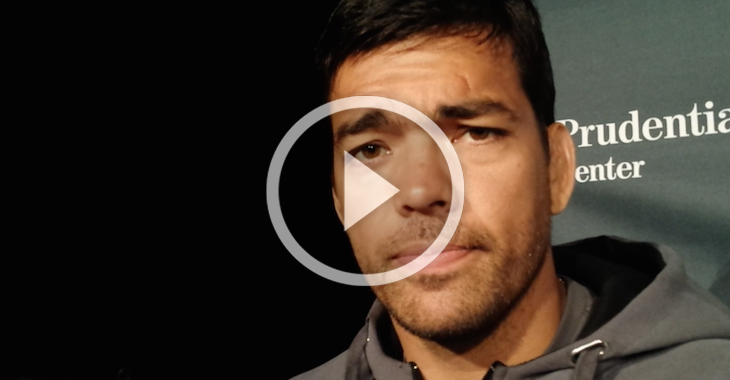 “Of course, they have to have some punishment, because it’s a part of the game. But you have to think about what kind of punishment you have to do. Because some times they said two years. Two years is a long time for any fighter, you know?”

“You have to think about the time, because sometimes two years, they can finish their career.”

“I think two years is too strong … Because two years, sometimes they have to find another thing to do. That’s why I think you have to think about the punishment.”

“If they catch you for a second time, lifetime ban. I don’t know. That’s a hard question. I know some penalty is important. But I don’t know, I’m not a judge to say which one, what limits, what time.”

BJPENN.COM’s Layzie the Savage had a word with Lyoto Machida before he steps into the octagon tonight at ‘UFC on FOX 15’. Machida is set to square off with Luke Rockhold in just a couple hours—who do you have winning?