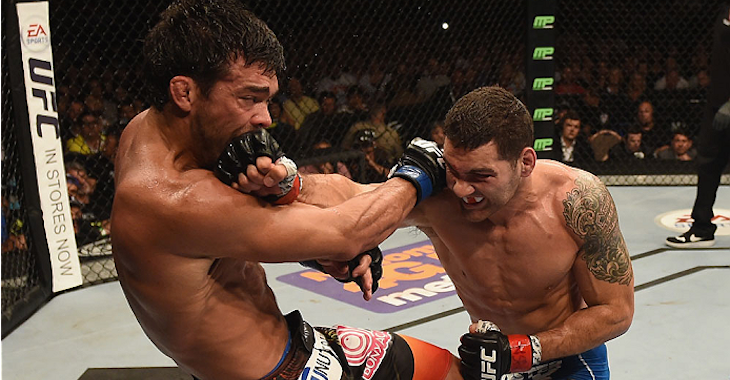 UFC Middleweight Champion Chris Weidman made another successful title defense at UFC 187 when he made quick work of Vitor Belfort, defeating him in just one round. It didn’t take long for Dana White to announce that Luke Rockhold was next in line a shot at the gold, although a date has yet to be set for their bout.

Lyoto Machida put in losing efforts against both Rockhold and Weidman, and he has made his pick for the upcoming championship match.

“It’s hard to say who will win that fight because they both have strengths and weaknesses,” Machida said while on MMA Hour. “I think Luke Rockhold has a good ground game and he knows how to fight standing up. So, Chris Weidman has good takedown, and also has good control on the ground, so, it’s very hard to say. I think it’s who brings a better strategy wins the fight. I pick Weidman.”

Do you agree with Machida’s prediction? Will Weidman be able to pull off another title defense? Share your thoughts below!