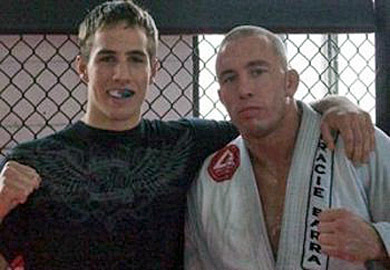 With a title shot of his own looming, Rory MacDonald is forced to face the real possibility that his teammate and mentor, Georges St-Pierre, will return to the UFC’s welterweight division.

“I would assume so,” MacDonald told FOX Sports in regards to a possible GSP UFC return.”It doesn’t mean he has to fight for the championship. He would respect my position if I was holding the belt.”