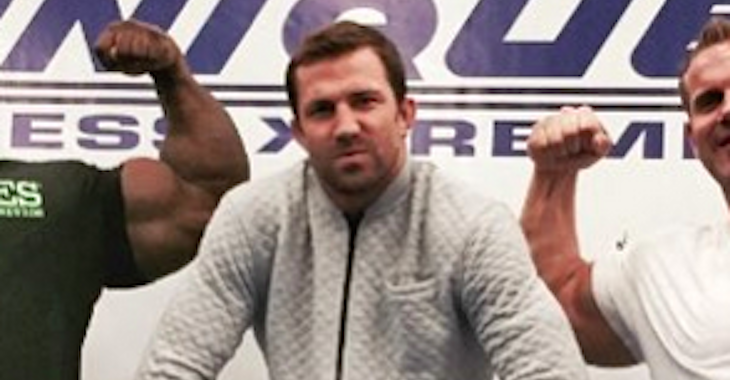 Luke Rockhold is by no means a small man. The American Kickboxing Academy championship contender trains with the likes of Cain Velasquez and Daniel Cormier, so he’s used to throwing down with bigger guys. It doesn’t get much bigger than Jay Cutler and Akim Williams, though.

Cutler has won several body building awards including the 2006, 2007, 2009, and 2010 “Mr. Olympia”! Needless to say, Rockhold looks like a lightweight compared to these guys!

How long would it take for Luke Rockhold to defeat Jay Cutler?