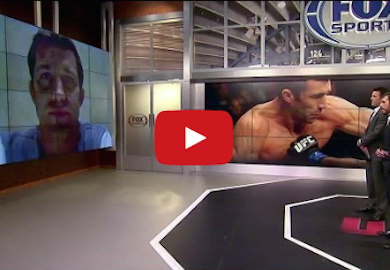 “I don’t want to wait that long. I want Vitor. I thought me and Jacare had a close fight, but he’s ranked above me now so I want to rectify that situation. There aren’t that many fights for me right now. How long is Vitor going to be out, that’s the question for me?”

Rockhold on if he’d fight for the title next: “I’m not going to turn down the title shot. If they’re going to give me a title fight, I’ll take it. I want to earn my spot and be the best. I don’t want to be a paper champion. I want to be the best in the world. I feel like I can beat anyone out there. I want to fight soon. September would be ideal, but I could fight in August too.”

Rockhold on what the words Michael Bisping means to him: “It means easy money. He had a chance to apologize. He wasn’t man enough to do that and that’s when I lost respect for him.”