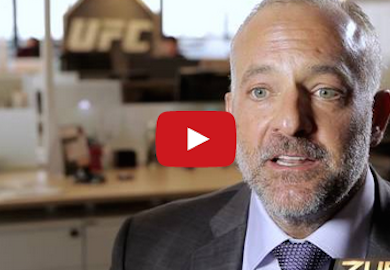 “I was very excited to see what Anderson’s response was going to be. We purposefully let Anderson go off after his injury. Because it was so significant an injury, we didn’t want to bother him too much. He needed time to recover and to heal.

“We continued to communicate with him, and on his own, he got back in the gym. He was doing therapy, and then he started doing Jiu-Jitsu, and then doing Muay Thai again.

“Once he got the point where he could train 100%, and he got cleared by the doctors, we called him. We sat down with him, and we asked him what he wanted to do. Essentially what Anderson told me is that his goal isn’t just to get back into the Octagon, and to get back in the UFC, that it’s his goal to win the belt back.

“He feels like the belt Chris Weidman has is his. He held it for almost a decade and he wants it back.”

“I would have to say I have never seen Anderson as motivated. He’s in a great mood, he was smiling through all the meetings, and he’s very, very excited for this fight on Jan 31st. We’re expecting to see the old Anderson Silva come back, and it’s going to be very, very exciting.”