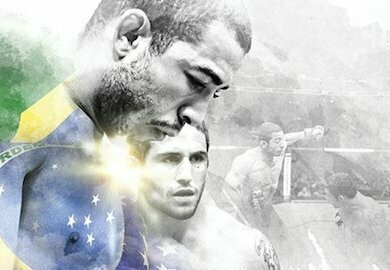 Middleweights Lorenz Larkin and Derek Brunson are set to square off at UFC 176 on August 2nd at the Staples Center in Los Angeles.

Lorenz Larkin is coming off a KO loss to Costas Philippou on May 10th. Prior to that Larkin dropped a decision to Brad Tavares. The former Strikeforce veteran is looking to get back on track and improve his UFC record to 2-3.

Derek Brunson on the other hand is also coming off a loss, his comes from Yoel Romero in January. Prior to that Brunson was on a two fight win streak, picking up wins over Brian Houston and Chris Leben.

UFC 176 features a rematch between Jose Aldo and Chad Mendes for the featherweight title.