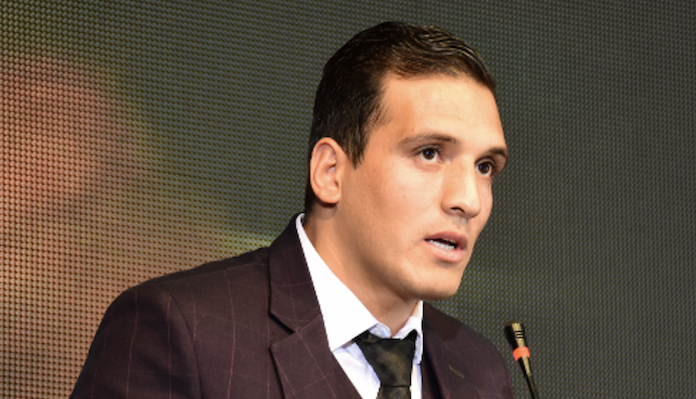 The Taliban recently took back control of Afghanistan, and one of their rules is that “face-punching” has been outlawed, meaning no MMA fights are allowed. Sharifi, who heads the Truly Grand FC, recently spoke to MMAFighting.com and explained what issues he and his promotion are facing right now. According to Sharifi, MMA is banned under Taliban rule.

“We are not able to organize MMA shows in Afghanistan now. I organized a women’s MMA show two years ago and received many letter threats and phone calls from Taliban regime to stop girls events and models in the show. We didn’t stop our shows, and again organized women’s shows live on TV,” Sharifi said.

“We‘re trying to leave country ASAP and hopefully the MMA community around the world, specially the biggest MMA industry like UFC and other promotion, can help us to leave Afghanistan. We are one in the combat community.”

Abdul Wasi Sharifi explained that promoting women’s fights is something frowned upon.

“Their law also prohibits organizing [fights] in the cage. It’s a serious matter. According to them, humans are not like animal to compete in the cage. My team are talking with Taliban and they denied [doing the event] with serious conversations. There is no role for MMA from their side. I’ve received calls from an unknown number talking trash to me, saying that I’m not a Muslim, that I was making obscenities in the country, and it was not good for me and my family to do it again. I posted the video and photos [online] and it made the situation very serious for me. I received a threat letter and so many calls. I was not going out for a few days and was scared, then I deleted the video and photos,” Sharifi said.

“I organized another women’s event in 2019. But this time it was a pro boxing event, and I faced with the same situation. I couldn’t organize any other event because they continued their threats until I cancelled a women’s fight from TGFC 12. They were threatening to kill me if I don’t cancel the women’s fight on TV. MMA for women is prohibited here and no one has courage to open the gym for them.”