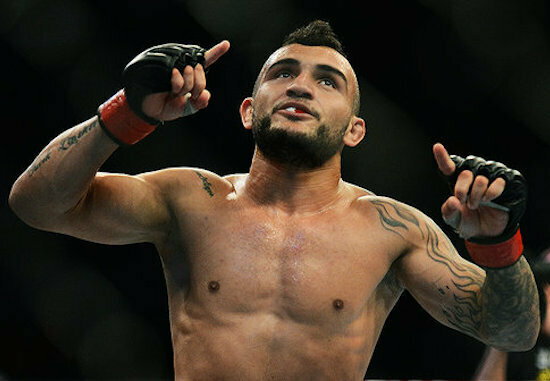 After Ian McCall was forced out of the his co-main event bout against John Lineker at UFC Fight Night 56 last night due to a blood infection, John Lineker has started calling for an immediate title shot against Demetrious Johnson.

He spoke to media members in Brazil.

“He paid the price for his jokes. He made fun of my situation, drinking coconut water (before the faceoff) while I had to cut 0.7 pound, and God punished him [laughs].

“It happens. I’m upset because I wanted to fight, I trained hard for months and couldn’t fight, but we have to understand.”

“Since I wanted to fight (McCall) and ask for a shot at the title, why can’t I just go ahead and fight the champion? UFC, please, give me this opportunity. I have evolved a lot since my first fight in the UFC, and I’m 100 percent ready to fight for the title.”

Do you agree with Lineker? Should he get an immediate match against Demetrious Johnson?