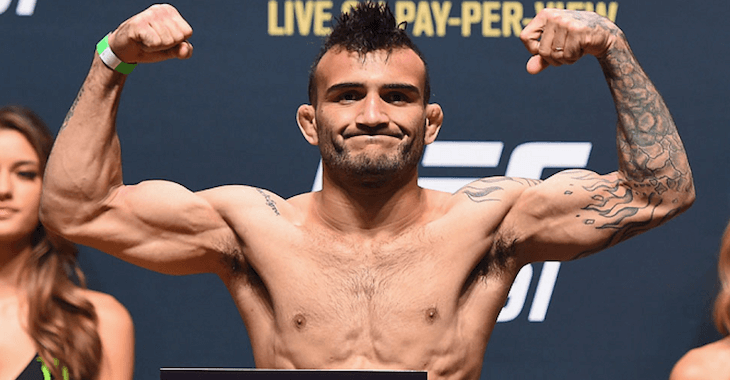 John Lineker successfully moved up to bantamweight at UFC 191 when he defeated Francisco Rivera via submission, and is looking to build upon the win.

Bryan Caraway is more than willing to fight John Lineker, which caught Lineker’s attention, and if this back-and-forth continues the pair will likely end up fighting.

Lineker spoke to MMAJunkie about the situation:

“I saw that Bryan Caraway wants to fight me. I also heard he’s friends with Francisco Rivera, so I guess he just wants to defend his buddy’s honor and have his back, and I’m absolutely fine with that. I need another name in the division that I can knock out. People keep calling me small for the division, but as I continue to rack up these names, they’ll be calling me a giant at bantamweight.”

Caraway is coming off a unanimous decision win at ‘UFC on Fox: Dillashaw vs. Barao II’ in Chicago back in July. Lineker on the other hand is riding a 3-fight win streak.