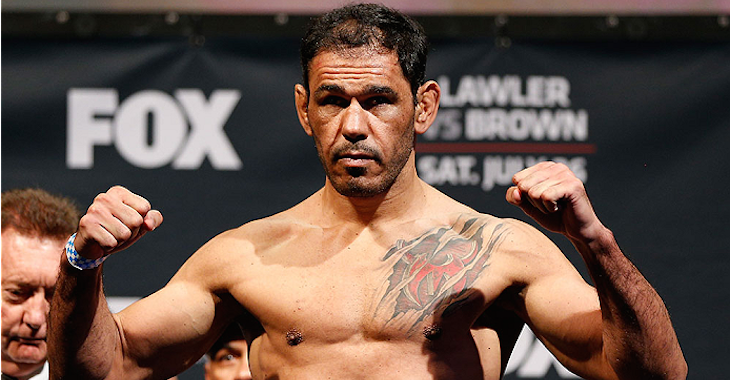 Antonio Rogerio Nogueira and his “bigger” brother Antonio Rodrigo “Minotauro” Nogueira will be fighting on the same card at the upcoming UFC 190 card in Brazil. Rogerio, or “Little Nog”, prefers NOT to fight on the same card as his brother, “Big Nog”.

“I don’t like it, it makes me nervous, man. I never liked it. Rodrigo tricked me, because my fight was scheduled first,” said Little Nog to Combate.

The duo have not fought on the same card since UFC 140 which took place in Toronto, Ontario, Canada. “Big Nog” suffered one of the most brutal submission losses at the hands of Frank Mir and “Little Nog” picked up a big win over veteran Tito Ortiz.

At UFC 190, “Little Nog” will face Shogun Rua for the second time in his career. The two previously met in Pride Critical Countdown 2005 where Rua picked up a unanimous decision victory. This time, Nogueira vows the result will be different.