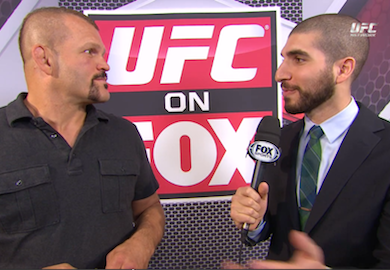 Earlier this week Jon Jones responded to the Chuck Liddell banter with a challenge to fight.

Basically, the champ was saying step up or shut up to the former UFC light-heavyweight champion after Liddell’s anti-Jones comments starting making headlines.

“If he listens to the whole Interview. I’m saying that in My Prime I think I would have beat him…

If he wants to fight me now? Hey, if he convinces Dana. I’m not too sure I wouldn’t give it to him if he wants it. I’m not afraid of anybody. If he really wants it he can come by the house. Nobodies going to watch and we can see what happens.”