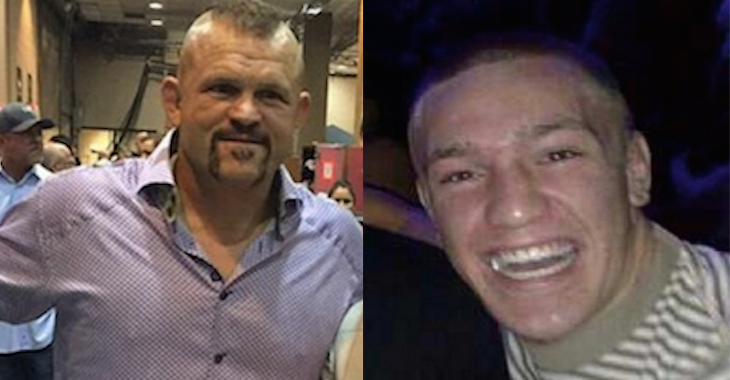 Ten years ago, a sixteen year old Conor McGregor met Chuck “The Iceman” Liddell at the peak of his career. Now, ten years later, the two have met for another picture while McGregor prepares himself for the biggest fight of his career! McGregor is well on his way to becoming one of the biggest stars the octagon has seen— just like Liddell. Check out the two pictures side by side!

Crazy how things come around full circle.
@thenotoriousmma at his first live UFC fight 10 years ago and now Conor hanging out with @theofficialchuckliddell just 7 weeks before headlining #UFC189.