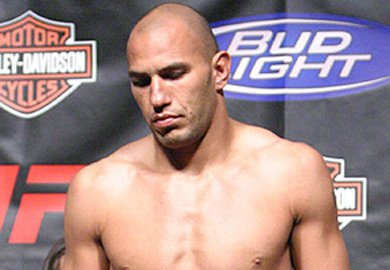 “Go ahead and bet the house on [Shogun]. You don’t have to believe me. Just watch, August 4th, check it out and then let me know what you think afterwards…. It’s Shogun. After my last performance against Eliot Marshal, they’re supposed to be counting me out. I’m supposed to be the underdog. I’m supposed to get my ass whooped. That’s what’s supposed to be happening, but it’s not gonna go down like that come August 4th Ariel. It’s not. I don’t mind when I’m the underdog, when people are counting me out. That’s when I perform at my best. It’s been like that since high school, since college, since in-between. Every time someone counts me out, that’s when I perform my best so I think that’s why I’m so hyped too. Everyone expecting me not to do well.”

Brandon Vera discusses his upcoming fight with Maurico Rua in the main event of UFC on FOX 4 on the MMA Hour with Ariel Helwani. Vera is coming off a win over recent retiree, Eliot Marshall after two subsequent losses and a No Contest against Thiago Silva in a fight that saw Vera battered, only to have a definite loss be switch to a No Contest after a failed drug test turned in by Silva. If Vera can pull out a win over Rua, it will mark the biggest win of his career and put him right in the mix with top light-heavyweight fighters.