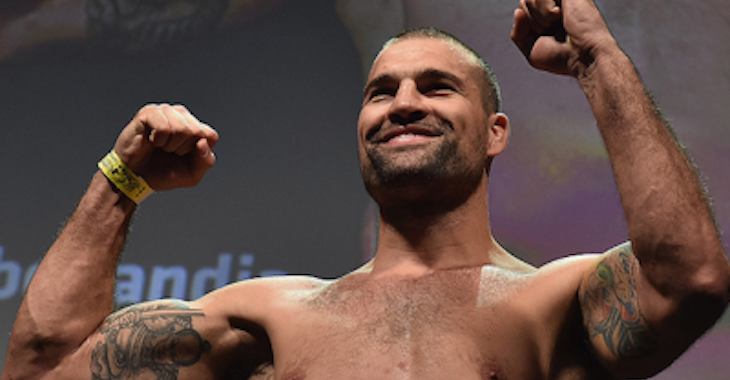 “I expect a tough fight, man. ‘Minotouro’ is a tough fighter, has a huge heart, so I expect another war, just like in our 2005 fight. He likes to strike and so do I, so a brawl is inevitable, right? I’ve been fighting for over 10 years, and so does he, so I’m sure we both will keep it standing. It’s MMA, but our best weapon is our striking game.”

MMA legend Shogun Rua told media during yesterday’s press event in Brazil that he fully expects another war when he faces ‘Lil Nog’ for the second time, at UFC 190 this Saturday.

Are you excited for this epic rematch?