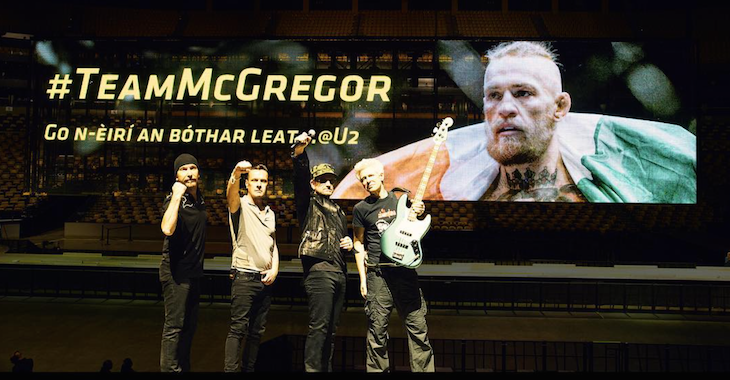 The band sent out this picture on Instagram, showing their support for the Irishmen, using the hashtag, #TeamMcGregor.

Maybe for his next fight the Bono led group will be accompanying McGregor out to the cage.