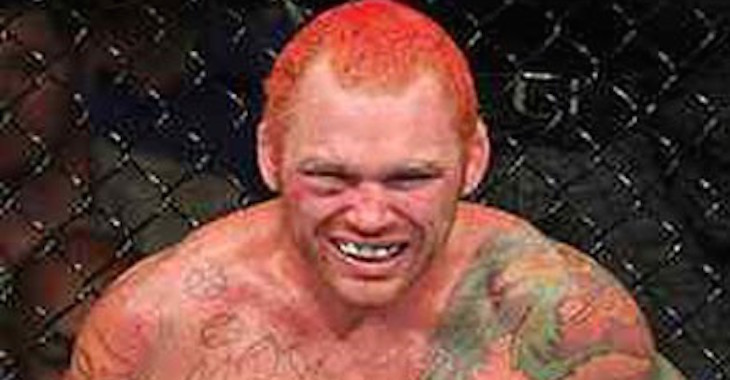 Former UFC middleweight and TUF 1 cast member Chris ‘The Crippler’ Leben recently caught up with BJPENN.COM’s Layzie The Savage and talked about his retirement.

So, will the fan favorite ever step back into the cage? Probably not.

“Everybody’s always asking me, ‘Chris, you should fight again now that you’re not on all these drugs you should come back,’” said Leben. “You know, I just like to watch my guys go out there. I like to watch them achieve their goals. I like to help them reach their goals and help them do what they’re gonna do and become what they’re going to become. I fought enough times I don’t have anything to prove anymore.”

Leben said, however, that if someone comes in his gym he’s still going to give it all he’s got and try to take you’re head off.

“Don’t get me wrong; If you’re training with me and you come to my gym and you’re on my team, I will fuck you up. I will beat you down and train with you. Show you why “Coach” is coach, you know? Other than that, I don’t have the desire to compete anymore.”

The Crippler is perfectly fine doing other things and living his life on the beach of San Diego, surfing, and training MMA, even if that isn’t the most lucrative of ventures.

“So, I’m so happy pursuing these other goals and doing what I’m doing. I don’t make a lot of money. I make enough money to live and I live one block from the beach in San Diego so it’s like, f*** it, you know?”