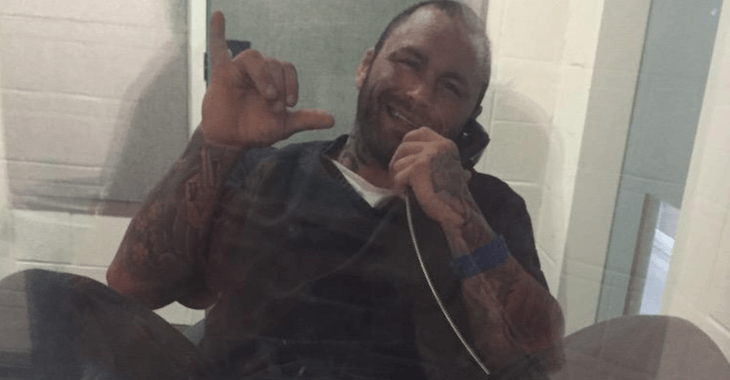 Currently, retired UFC fighter Chris Leben is serving a 120 day stint in jail. Leben entered the jail on Sept. 21 and has since been keeping fans updated with social media posts pretty frequently.

Leben was sentenced to 120 days after pleading guilty to breaking into his ex-wife’s apartment back in June.

For those 120 days, the first 30 are in jail, then after that, 30 more on work furlough. After that if everything goes smoothly he will be placed on probation.

Well it looks like the time for his work furlough has come. This would mean that during the day he would be allowed to leave the jail and go to his work.

According to Leben, in a recent tweet, he had his work furlough interview, check it out!

While in jail, it looks like Leben’s also trying to help out a fellow cell mate, by asking for a female pen pals who happen to be single. Check it out!