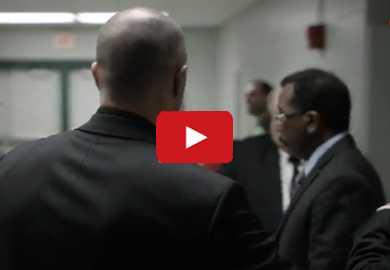 Our good friends over at Middleeasy have got their hands on this video that Bjorn Rebney tried to push on SPIKE TV.

Zeus, of Middleeasy shares the story:

The story behind this promo is Bjorn Rebney wanted to show the media how great of a rapport he had with his staff and fighters. In order to do this he requested a slo-motion, behind-the-shoulder camera following him during an event with pre-scripted interactions with his staff. Once the video was done, Rebney tried to push this through Spike TV as another on-air promo, but the entire concept was immediately rejected by executives at Viacom.