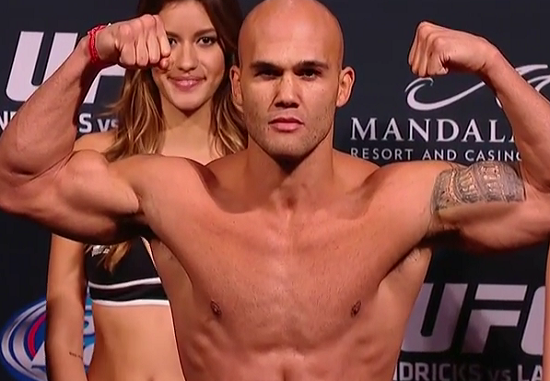 This past weekend at UFC 181, Robbie Lawler upset Johny Hendricks in their rematch to claim the welterweight championship.

After 5 grueling rounds, Lawler was given the nod by two judges, making him the winner by split decision.

Afterwards, he spoke on the FOX Sports 1 post-fight show about the win.

“I really had to dig deep. It didn’t just happen today, it was a lot of years of hard work in the gym and it paid off. This is awesome. There’s a lot of people behind me. This isn’t just about me. ATT was behind me the whole way. I’ve been there for two years and look at me today.”

“I thought I was going to dominate and knock him out, but he’s tough and it was a hell of a fight once again.”

“The plan was to get out there and beat him up, stuff his takedowns and make him pay. I did a good job creating damage, dirty boxing and beating him up. I feel like I won it.”

“He does a lot of good things. He mixes things up well. He’s crafty and you have to fight him smart and try to win.”

“He finished a lot stronger at the end and got the victory (in the last fight) and I wanted to finish him and I really tried to beat him up at the end. I wanted to be the better guy at the end.”