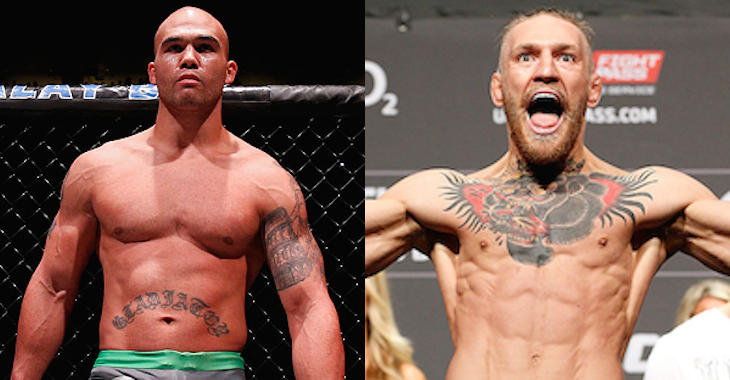 UFC Welterweight Champion Robbie Lawler is set to defend his championship in a rematch against Rory MacDonald in the co main-event of UFC 189, but it’s easy to see why some casual fans wouldn’t know that.

The pay-per-view buyrate is expected to be the biggest in years and that’s mostly thanks to the fact that Conor McGregor will be facing Jose Aldo in the main-event. While some fighters would be upset that the spotlight isn’t on them, Lawler has stated he is happy that he gets to reap the benefits without doing much promotion.

While on the Opie and Jimmy Show, Lawler confessed he has no issues with how quickly McGregor rose. “I don’t have a problem with it,” Lawler said. “I think most guys have a problem with how quick he rose, but there’s a reason why he rose to where he is today. He’s talking a big game and backing it up by beating people’s asses. Everyone’s different. Like, if everyone was the same it’d be f*****g boring.”

Do you think McGregor rose too fast? Should there be someone else in his position at UFC 189? Share your thoughts in the comment section below!