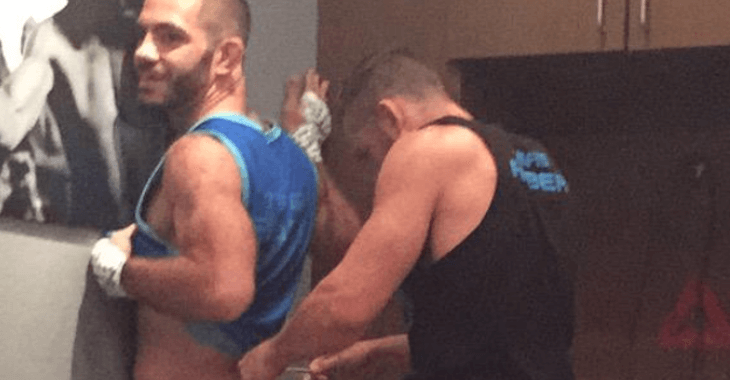 Team Alpha Male fighter and current WSOF featherweight champion Lance Palmer was in Las Vegas during the taping of the current season of The Ultimate Fighter and helped out Urijah Faber and Team USA.

Palmer was also one of the coaches the last time Faber did TUF, on the Live season against Team Dominick Cruz.

Obviously the show is going to focus on the coaches, Faber and Conor McGregor, so unfortunately we haven’t seen a ton of Palmer or the other TAM fighters working as coaches, so far. However, due to a tweet from TAM’s Cody Garbrandt, we did get a little peek behind the scenes where we see Palmer going above and beyond his duties as a coach.