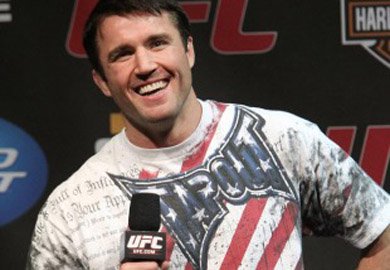 Vocal front of MMA, Chael Sonnen has been in the headlines for several years for his choice of words for his opponents and also his legal troubles. Now, courtesy of the Jim Rome Show, Sonnen went on the offensive in describing a run-in he had with disgraced former Tour de France champion, Lance Armstrong.

Armstrong recently admitted to taking performance enhancing supplements during his career. Sonnen was suspended from MMA after he tested positive for raised level of testosterone. While Armstrong’s case represents a much bigger scale, Sonnen was still put into the spotlight of eliminating PED’s from the sport of MMA. Either way, the two athletes don’t quite see eye to eye:

“Why are they calling him a bully? That’s what I can’t wrap my mind brain around. Lance is a dweeb, the only thing he’s missing is the tape on the glasses and the high water pants. That guy couldn’t get respect at the local Honky Tonk in my hometown. He threatened to sue me so I threatened to kick his ass and the whole thing went away.”

“Look, I get it and I’m kidding but Lance did do some bad stuff and he was a jerk about it. Yeah, he hit me up with the whole ‘I’m gonna sue you’ routine and I hit him back with the whole ‘I’ll kick your ass’ routine. That’s it, that’s where it ended. I thought he was going to go through with the lawsuit but he did not.”

Whether you like Chael Sonnen or not, his statements will not cease so why not enjoy them and indulge in some of the most creative trash talking around.

Thanks to CagePotato.com for lifting the quote.

For the full interview with Jim Rome, visit his site and listen to Sonnen do what he does best, rant.