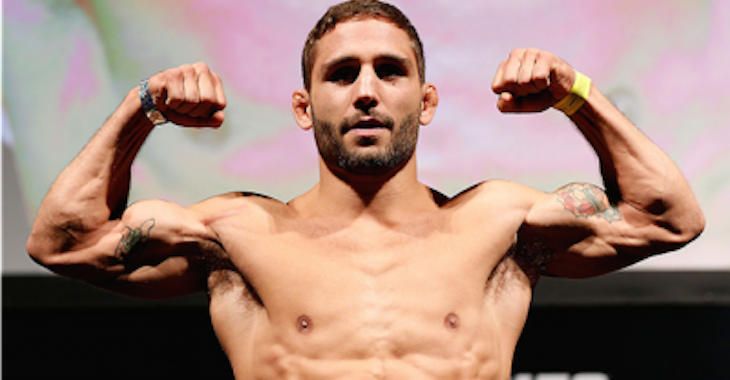 After announcing that Bobby Green and Jorge Masvidal would meet at “UFC Fight Night Virginia”, the UFC announced that Ricardo Lamas would be facing Chad Mendes in the main-event of the card.

Lamas is coming off a dominant performance over Dennis Bermudez that saw ‘The Bully’ secure a submission win in the first round. The win extended his win-streak to 2 following a loss to Jose Aldo for the featherweight championship.

Mendes on the other hand will be stepping into the Octagon for the first time since his 5-round war with Jose Aldo at UFC 179. With a win over top-ranked Lamas, Mendes could very well find himself in a title eliminator matchup against Frankie Edgar, to face the winner of Aldo vs. McGregor.

The event will go down on April 4th in Fairfax, Virginia.