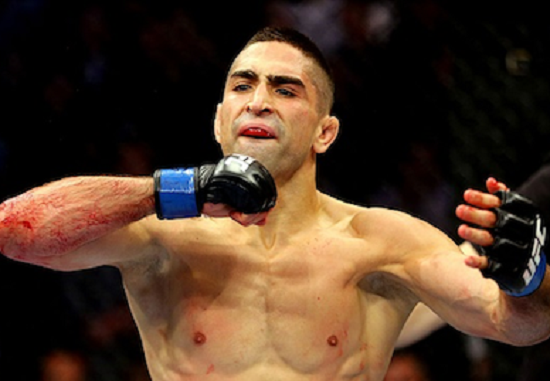 Ricardo Lamas is coming off a decision win over Hacran Dias earlier this year, and will look to build upon that win at UFC 180 where he meets Dennis Bermudez in a pivotal featherweight matchup on November 15th.

Ahead of the bout, Lamas spoke to Submission radio to discuss why he isn’t concerned with Bermudez.

“You know I’ve faced some of the toughest guys in the division already. I beat Cub Swanson. He’s ranked number two right now in the division. I’ve gone up against Jose Aldo and I went all five rounds with him. You know I feel like there isn’t anything Dennis is gonna bring that I haven’t seen yet or that I haven’t competed against yet. I feel like I’ve competed against better strikers, I feel like I’ve competed against better grapplers. So for me this is just another opportunity to show my skills and show the world that I’m deserving of another title shot. With a win over Dennis Bermudez, I think this puts me right back in the talk, and maybe one or two more fights after that and I’d definitely be deserving of another title shot.”