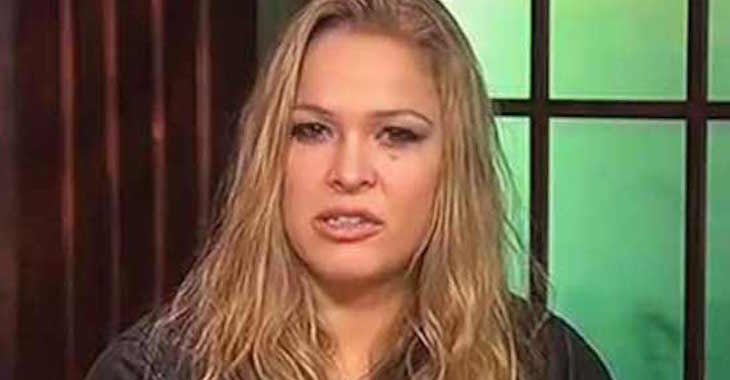 Following Ronda Rousey’s brutal KO loss to Holly Holm this past weekend at UFC 193, many fighters, fans, and celebrities took the opportunity to bash Rousey.

She spoke to TMZ:

“Holly Holm is a talented boxer. She’s a world champion.”

“She’s got an MMA background and obviously was no chump so I’m excited for her and hopefully she gets the exposure she needs to take her career to the next level.”

In regards to Rousey, Ali didn’t pull any punches.

“In order to be the best in the world, you definitely don’t ever get beat up like that in your prime, period,”

As an undefeated boxer, Ali was asked what she thought Rousey should do to fix the holes in her game:

It’s not even about her at this point. I think she can watch the tape and see what she needs to work on.”

“It’s obvious who the better fighter was.”