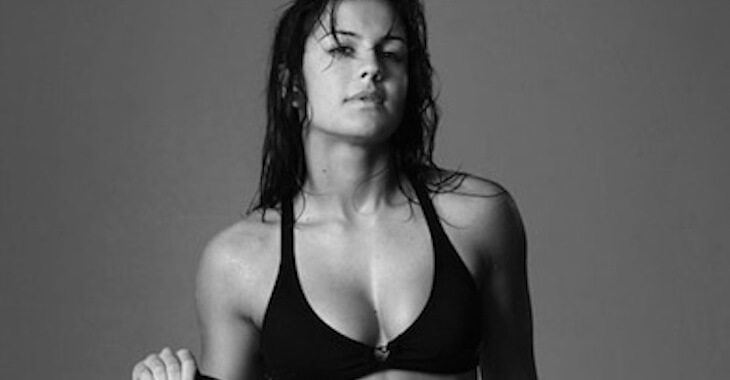 Kyra Gracie is a three-time ADCC gold medalist and five-time jiu-jitsu world champion, and considered one of the best grapplers in the world. So, will she ever take her skills into the cage and compete in MMA? Maybe.

Gracie, who just premiered a new show on Fight Pass, joined The MMA Hour and said that she really can’t rule out ever transitioning into MMA, but right now she’s just to busy.

“It’s always hard for me, especially because I’ve been competing my whole life in jiu-jitsu, and I’m a big fan of MMA. But it’s hard for me to say ‘oh, I’m never doing MMA’. It’s always something I wanna try. But my life is kind of busy now, I have the show, my baby, a lot of things going on. I can’t say I’ll never fight.”

If she were to make the move, it’s clear that people would automatically look towards a fight between her and UFC champ Ronda Rousey, who she has nothing but kind things to say about:

“The way she fights, she goes there to finish the fight. She has a very good ground game and I admire her a lot. All of her victories before MMA, in judo and everything, and I think she opened the door for the new generation of girls that wanna join MMA and the girls that are enjoying the sport.”