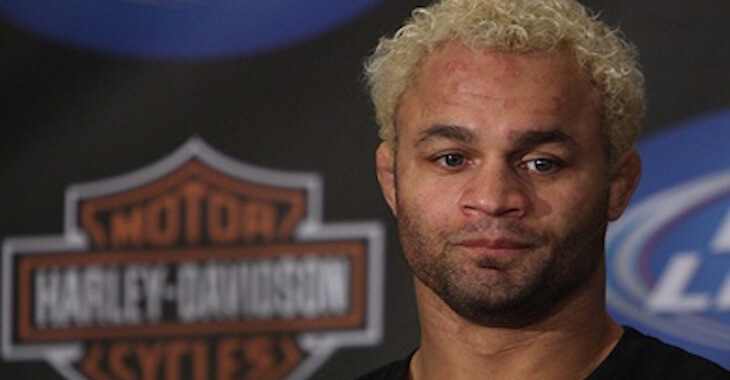 Cast member on season one of The Ultimate Fighter and veteran UFC fighter Josh Koscheck is now with Bellator MMA and since the change took place it’s obvious the welterweight fighter is enjoying being able to speak out and say whatever he wants without fear of losing his job.

He’s been very vocal about the new Reebok deal, as in he’s slammed it a lot, and has also commented on the way the UFC treats fighters, or at least, how they treated him.

Now, via Koscheck’s Facebook page, we another rant from KOS. This time he compares the amount of money the deal pays out to fighters as ‘chicken feed’

“Chicken feed, considering all these fighters will have early arthritis and shorter lifespan than normal people. They have no future, no retirement, no benefits, and NO Health Insurance. Oh they have training injury insurance because (The Company) can’t make money off the fighters unless they are fighting. So let’s fix them up ASAP and get the slaves back to fighting so WE (Company) can make billions while we pay the fighters scraps…Shame! Fighters Association. Ali act. When will these fighters stand up?”