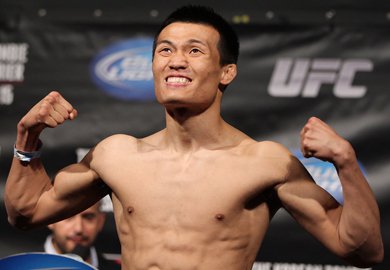 The Korean Zombie, Chan Sung Jung, put up a valiant effort last weekend in the UFC 163 main event against Jose Aldo, but it wasn’t enough.

The fight ended when an overhand right landed on the champion that caused Jung’s shoulder to dislocate. Aldo jumped all over the injured challenger and the fight ended shortly after.

Four days removed from the title fight and reports are now circulating that ‘The Korean Zombie’ also suffered from a broken orbital bone. According to the reports Jung will be seeing physicians in his native South Korea to determine the proper treatment and how long he will be out of action.

The orbital fracture is something that is no stranger to MMA fighters, it is a fairly common injury in the sport and most fighters bounce back with ease.