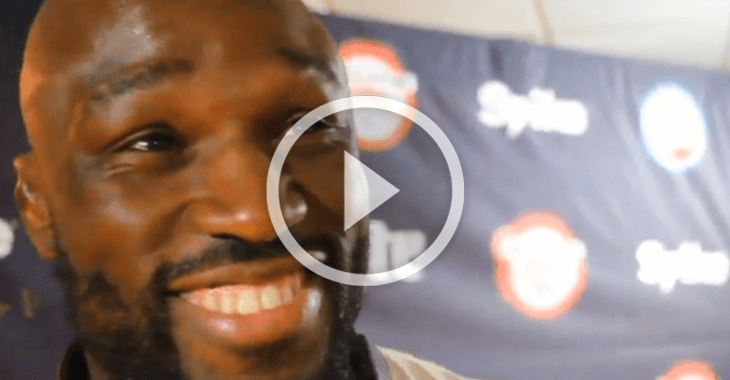 He’ll meet Linton Vassell in the first fight and if he gets past him then he’ll go up against the winner of Phil Davis vs. Emanuel Newton.

Ahead of all that, Lawal spoke with BJPENN.COM’s Layzie The Savage about his future in pro wresting. Mo said he’s still looking to do it and gave quite a few shout-outs to promotions to get in touch with him.

He also commented on UFC champion Ronda Rousey’s big appearance at WrestleMania, where she worked with The Rock. Lawal loved it and said he had no idea it was going to happen. He also hopes she makes a return to the WWE sometime in the near future.

According to ‘King Mo,’ pro wresting’s where it’s at!

Watch the full interview below!