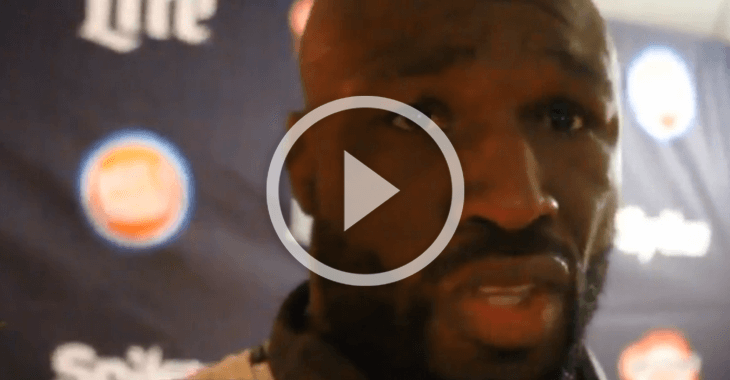 The two have gone back and forth before and during Thursday’s Bellator ‘Dynamite’ media event, it was no different.

While talking to BJPENN.COM’s Layzie The Savage, Lawal went off on Ortiz, calling him a clown and saying ‘f*ck him.’

The bad blood, according to Lawal, comes from Ortiz not willing to fight him. He talked about how Ortiz ducked him and fought Stephan Bonnar and Alexander Shlemenko instead. The two will both be fighting on Saturday’s ‘Dynamite’ card and if the cards fall right they could finally end up meeting in the cage.

Mo will compete in the four-man, one-night light heavyweight tournament which will determine the next title challenger. Meanwhile, Ortiz will fight for that title in the main event against the champ Liam McGeary. If Lawal wins the tourney and Ortiz wins the title, well, then we have ourselves a great title fight set up.