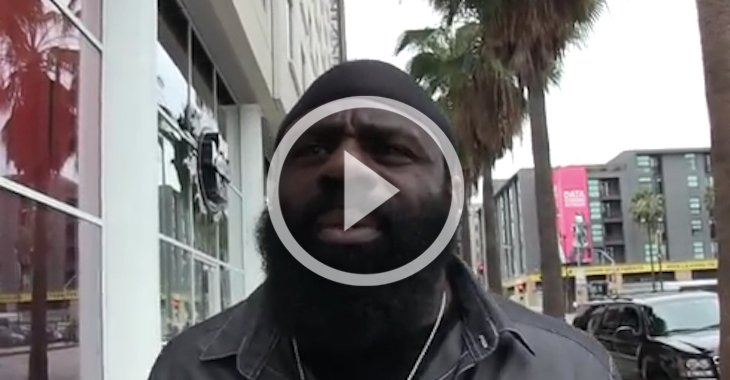 Kimbo Slice is getting ready to step into the octagon with UFC veteran Ken Shamrock at Bellator 138. This fight was actually supposed to take place years ago, but Shamrock was forced to pull out of the fight last second which led to a bout change that saw Slice lose for the first time.

Slice has been absent from the world of mixed martial arts since that loss. He will make his return in his bout with Shamrock and says he will end the fight by “breaking his jaw”. Slice then went on to say that he would fight Shamrock in bareknuckle rules! This rivalry may be several years too late, but it sure as hell is entertaining.