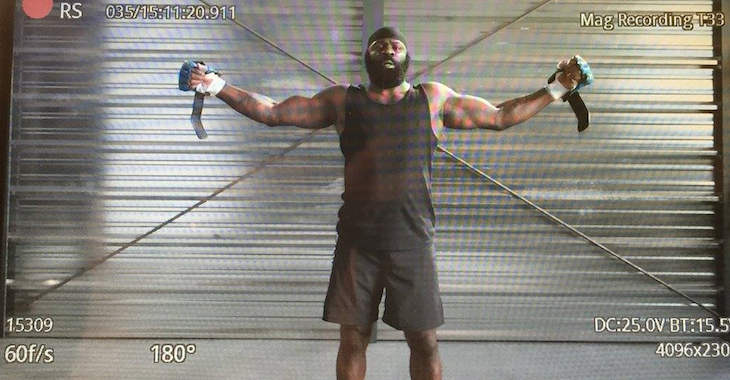 “They’ll show up at the gym and be like, ‘Pee in this cup,’ or I’ll get a phone call. It’s cool, though. It’s all gravy. They want to make sure it’s a clean sport, because they’ve got these young kids that we’re being role models for. These young kids look up to us, and if we’re all on steroids and f-cked up on cocaine and sh-t, then we can’t be role models to these kids. I can understand that. The people behind the game, they just want to make sure sh-t is clean, you know?”

“I don’t care what he has to do to get himself ready for the fight. Like, someone was saying he looks great, like he’s all ripped up. That’s good, man. Give me your guy. I’m not knocking nothing no one does. I’m not a hater at all. F-ck it. I want him to be at his best when we fight. It’s got to get a (Superman) tattooed on his nuts, just show up that night. Give me your best. If I f-ckin’ lose this fight, I want to lose to him at his best. If I win, I want to win and knock him the f-ck out at his best. That’s why I’m not going to cry over sh-t. Drink your extra protein shake and let’s do this.”

During today’s Bellator pre-fight media call, Kimbo Slice went on a long-winded pro PED rant, so much so that executives on the call stopped him off mid-sentence.

For what it’s worth, Bellator officials confirmed on the call that both Ken and Kimbo passed all drug tests ahead of their upcoming main event.

Do you agree with the UFC veterans stance on Performance Enhancing Drugs?