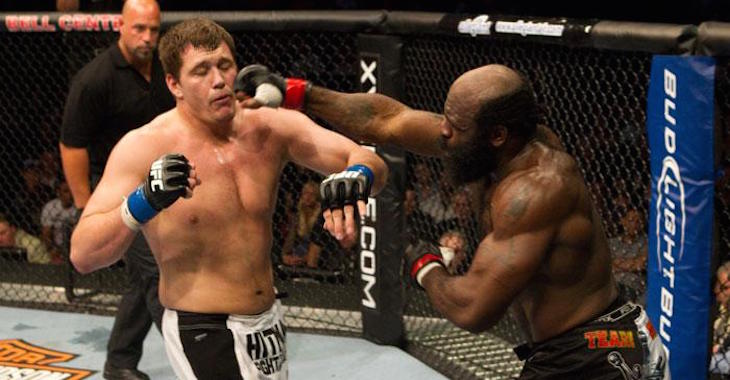 Kimbo Slice is back and set to make his MMA return against Ken Shamrock inside the Bellator cage.

The two have history, stemming from a scheduled fight back when Slice first started his MMA career, in EliteXC. Shamrock pulled out of that fight just hours before and Slice still has a bad taste in his mouth.

Here’s what he had to say to Bleacher Report:

“We have history. We went through something in the past. That was the start of me losing my first fight in EliteXC. And to have the opportunity to make up for that? I feel like he was the reason for all of that happening. Now I get to pay his ass back.”

“He doesn’t know what he’s talking about, man. He just needs fuel for his fire. I’m dying for him to try and do whatever stupid s–t he’s going to do, so I can knock his ass out. I’m going to put his s–t out and sit his ass down. That’s what I’m going to do.”

Oh, we thought you might try to submit him, said no one ever.