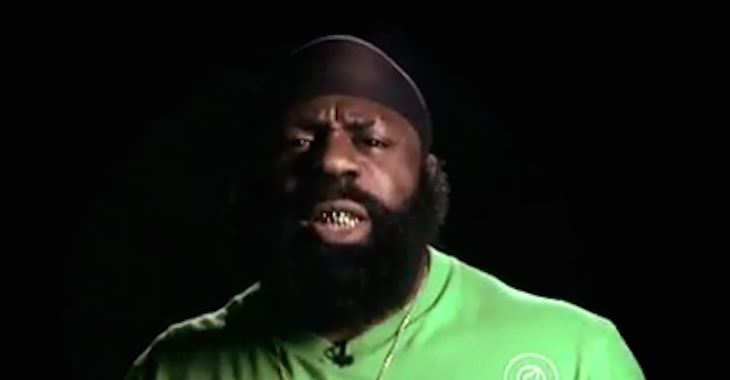 Kevin “Kimbo Slice” Ferguson has another fight in a Spike-televised event with Bellator 149 on Feb. 19. The popular fighter who knocked out Ken Shamrock in his last ratings record-breaking Bellator event hosted an AMA or “ask me anything” on Reddit ahead of his next fight.

Kimbo answered questions ranging from fighting to food and gave fun and insightful answers, showing his character, a big reason for his fan draw fighting in Bellator.

Here are some of the top rated Reddit comments from Kimbo’s AMA:

Fan Q: were you ever bullied as a kid?
Kimbo: i was and thats why im so against it now

Fan Q: Who was the toughest opponent you’ve ever fought?
Kimbo: My wife.. u feel me?

Fan Q: What are your thoughts on the documentary, Dawg Fight? Was it accurate, does it do it justice?
Kimbo: completely inaccurate

Fan Q: What was it like being in the TUF house? I hear you make some amazing BBQ, any chance we can get a recipe for some bad ass wings? Kimbo, thanks for taking the time to do this, been a fan for years! Good luck against Dada 5000.
Kimbo: tuf house was interesting.
lightly season the wings, special sauce, cinnamon sugar, marinade overnight. slice up a decent amount of cayenne pepper black pepper a pinch of sea salt. bbq on the grill or deep fried then immediately glaze it with honey and lemon and serve.

Fan Q: Whens the line of kimbo BBQ sauce coming out? Brendan schaub has been hyping it on his podcast.
You should stop in with him as a press opp pre fight.
Kimbo: idk maybe schaub can help me get it out there… thats my guy
Fan comment: You need to come out with some rubs called Kimbo Spice.
edit: my first gold! Thanks!
Kimbo: i came back just to say… that is genius!

Fan Q: Ever consider a WWE career after MMA? You already have the look & smack talk ability.
Kimbo: Vince.. where u at hommie? The people want it!

Fan Q: On the backyard fight that brought you Internet fame: did that dude lose his vision?
Kimbo: the guys eye went 3 inches into his face and he didnt want to go to the hospital

Fan Q: Hey Kimbo, just curious what MMA fighter active or retired would you most like to fight if weight classes didn’t matter?
Same question for boxing if you’re up for answering two questions.
Thanks a lot man big fan! Good luck on the next bout in February!
Kimbo: i would like to bang brock big ass up

Will you be tuning in on Feb. 19 to watch Kimbo get back in the cage? Share your thoughts on how you think he will do in his next bout in the comments!