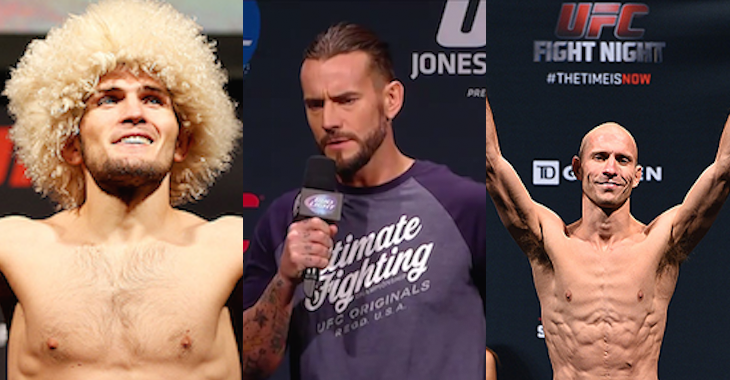 Mixed martial arts can be an odd sport to report on sometimes.

Khabib Nurmagomedov and Donald Cerrone are set to square off at UFC 187 on May 23rd in Las Vegas. The two have been beefing constantly since the fight was announced, and will likely continue to do until weeks after the fight has concluded.

A UFC executive suggested that himself, “Cowboy”, and CM Punk start a podcast. Nurmagomedov quickly intervened and suggested that nobody would listen to it unless he was on it!

Hey @CMPunk and @Cowboycerrone, what if we started our own podcast?

“@TeamKhabib: @Sholler_UFC @CMPunk @Cowboycerrone nobody will watch if I'm on there will they Sure you can be our first guest