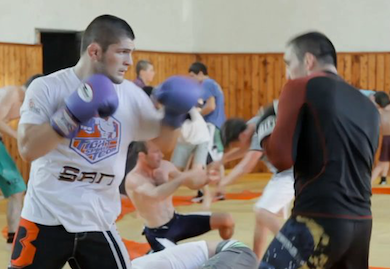 In the UFC’s lightweight division there is a host of talent all trying to climb their way up to a shot at division kingpin Anthony Pettis.

None more-so than AKA’s Khabib Nurmagomedov, who is in the midst of an unblemished pro-fighting career spanning the course of 21 MMA victories in 21 fights.

If you missed the evolution of this growing rivalry between Khabib and Gilbert, get caught up here.

If you’re already up-to-date, here is the latest from the Russian fighter:

I like this fight, I want this fight, let's go Gilbert-let's do it👊💂 http://t.co/DDpAlLUaXX

Think this fight will happen?