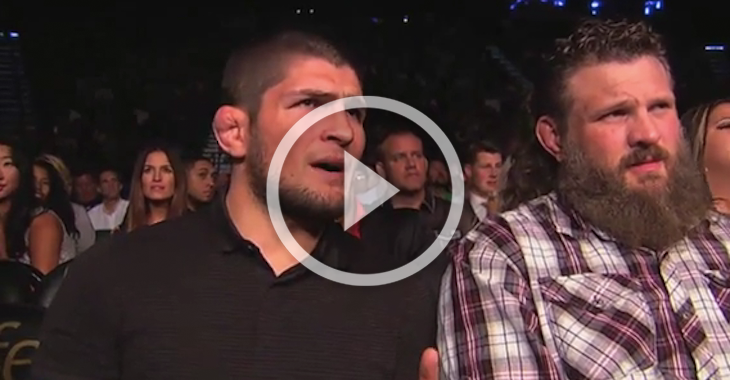 Undefeated lightweight contender Khabib Nurmagomedov was mic’d up for his reactions as upcoming opponent Donald ‘Cowboy’ Cerrone battled Eddie Alvarez at UFC 178. Nurmagomedov and Cerrone are set to face off at UFC 187 in MGM Grand Garden Arena.