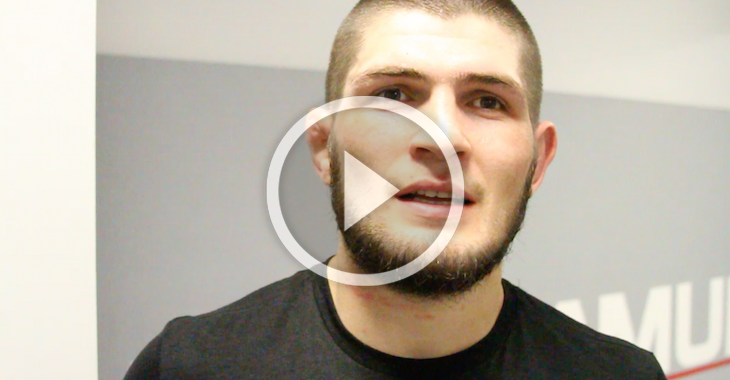 This week’s combat sports focus is not on the UFC, or MMA at all, it’s on Boxing.

And as Saturday’s clash between Floyd Mayweather and Manny Pacquiao draws near, the UFC’s best are weighing in on this weekend’s mega-event.

BJPENN.COM’s Layzie The Savage caught up with top UFC fighters Khabib Nurmagomedov and Luke Rockhold, who told our cameras exactly what they think about Saturday’s fight.