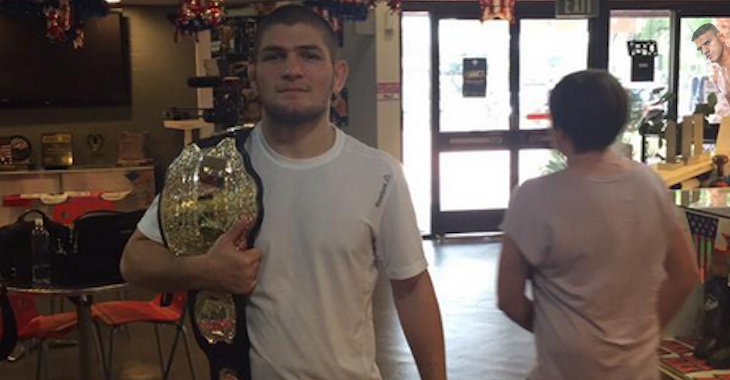 Khabib Nurmagomedov is no stranger to trash talk. Whether it’s Conor McGregor or his upcoming opponent Donald Cerrone, Nurmagomedov spits fire everywhere he goes. Is Khabib walking around with a replica of the UFC Lightweight Championship, or is that the real deal?