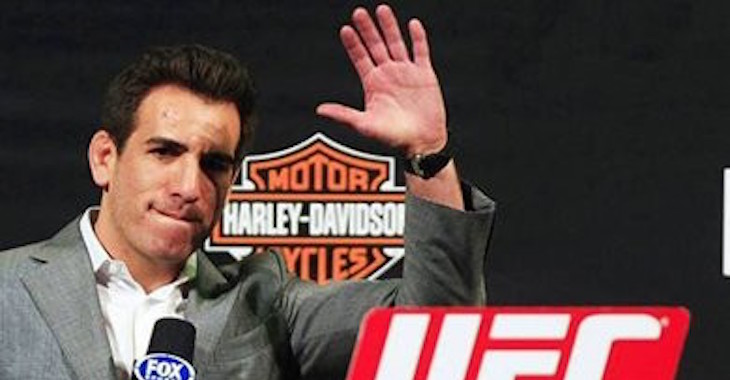 Former UFC fighter and current analyst Kenny Florian does a great job doing commentary and breakdowns of MMA action, so why not do it for robots?

That’s right Florian has been hired to do play-by-play/commentary for the new ABC show Battlebots. If that sounds familiar it’s because it is. The show was around a while ago and features man made robots created to do damage. They put two of them in an arena and let them duke it out until one is victorious. The bots have saws, flamethrowers etc., it’s pretty cool if you’re into that sort of thing, as in, fun.

Anyway, Florian will be providing his knowledge of combat sports to the crew of ABC’s Battlebots when it premieres on June 21 at 9/8c.

Here’s a promo for the show, featuring Florian’s voice.

Will you be tuning in?