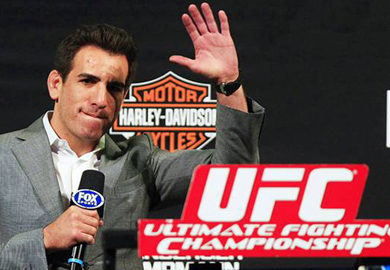 Kenny Florian spoke to the New York post recently about how the UFC pays it’s fighters, following comments made by former UFC fighters Jacob Volkmann and John Cholish who recently spoke against the amount of money the UFC actually pays it’s fighters.

“I think the fighters do deserve to get paid more, I think it’ll happen more with time.”

“Compared to the other athletes and the other professionals out there, I think MMA fighters do deserve to get paid more.”

Florian has the unique advantage of viewing the behind the scenes action that goes into a UFC event, as well as the experiences of a fighter with the promotion.

The UFC spends so much on their production. Every show is like a Super Bowl event, it’s a lot.”