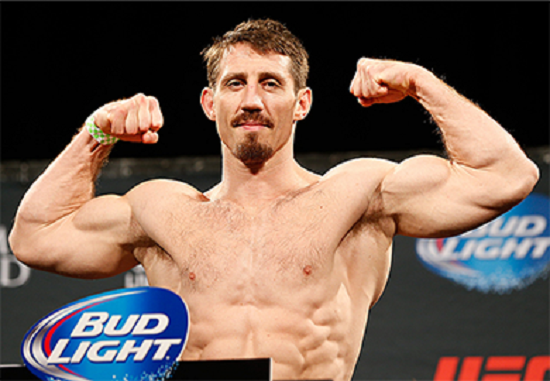 UFC middleweight Tim Kennedy may not be committed to continuing to fight at middleweight, however that doesn’t mean he doesn’t have an opinion on the highly anticipated matchup between Chris Weidman and Vitor Belfort.

Kennedy spoke to Submission radio to discuss the bout.

“I hope (Belfort) passes. We’ve seen pictures of him of late, whether he’s a little fatter than we’ve seen him ever, or he’s a little skinnier than we’ve ever seen him ever. Well guess what, steroids work and that’s what happens to a body when you don’t get to use what you’ve been using. So one of two things are going to happen, he’s going to fail a steroids test moving toward this fight against Chris Weidman, or he’s going to try to be clean and he’s going to get injured, or he’s going to look like a gay Giraffe. Either one of those instances, Chris Weidman will freight train him, or he won’t show because he failed the test.”