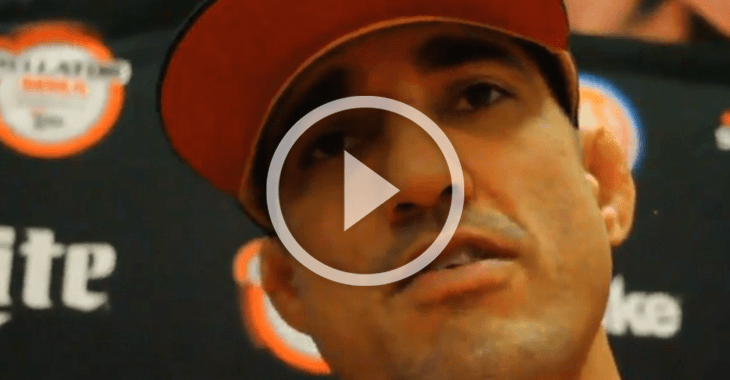 Bellator MMA middleweight Kendall Grove won’t be fighting at ‘Dynamite’ this Saturday, but instead will take on Joey Beltran on next week’s Bellator 143 card.

Grove did however help Tito Ortiz train for his title fight against Liam McGeary, which will go down in the main event this Saturday.

Ahead of Tito’s fight, Grove spoke with BJPENN.COM’s Layzie The Savage about both of their training camps and how it ended up being great for both of them.

Grove said that he’s confident Ortiz can go in there Saturday night, against the undefeated McGeary, and walk away with the belt. He said all Tito has to do is what he’s always done, just implement his game plan.

Even at 40, Grove says Tito still has his strength.  Grove also talked about his own fight with Beltran, saying that he was actually able to do some of his own camp while helping Tito out, which was a big benefit.

Tito fights this Saturday and Grove will fight next Saturday, check out the full interview below!